Today we take a trip back to 1985 to the song “Crazy Nights” off the fifth album by Loudness called Thunder In the East. They are the first Japanese band to have an album on the Billboard 200 chart and have it remain on the chart for 23 consecutive weeks. 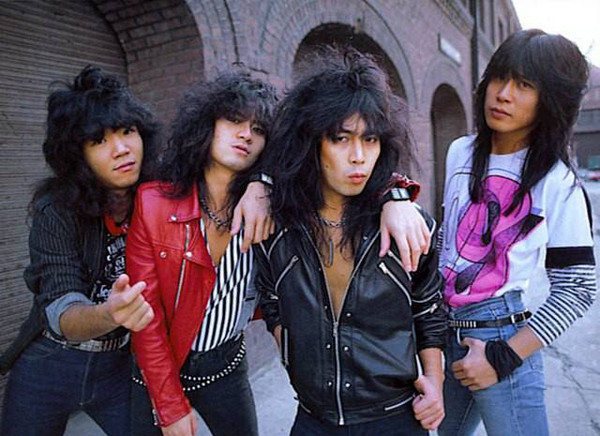 Pictures courtesy of Wikipedia and Discogs

Loudness who hail from Osaka, Japan formed in 1980 after guitarist Akira Takasaki, former bassist bassist Hiroyuki Tanaka and drummer Munetaka Higuchi left their previous band due to creative differences. However soon after Tanaka decided not to be part of the new group so Takasaki recruited his childhood friend, Masayoshi Yamashita on bass to replace him. Singer Minoru Niihara was hired and Loudness was born. Their first four albums were sung in Japanese, however for this album all the songs were sung in English. Their contract with their label, Atco Records made them the first Japanese metal band in history to sign an international record deal.

Crazy Nights is catchy tune that showcases some great guitar and vocal work especially for a singer who only spoke Japanese at the time. For years people would ask the band: “What do the letters M-Z-A mean?” In an interview, Minoru Niihara said that it actually means nothing. While doing pre-production on the Thunder In The East album, the producer asked Niihara to sing something for an unfinished part of the song and out came M-Z-A which ended up in the final track after the band could not find a line to replace it! Niihara has also said that in past interviews he would tell people it means My Zebra’s Ass.

Loudness have had a long career and have released over 30 albums, various singles and videos. The band has undergone several lineup changes and sadly original drummer Munetaka Higuchi passed away from cancer in 2009 at age 49.

Are you ready to get crazy tonight?