It’s Friday Metalheads! Today’s blog is about the one and only,  Peter Thomas Ratajczyk better known as Pete Steele, who passed away in 2010 of heart failure at the age of 48. His passing left a void in the music scene forever and we remember him today. 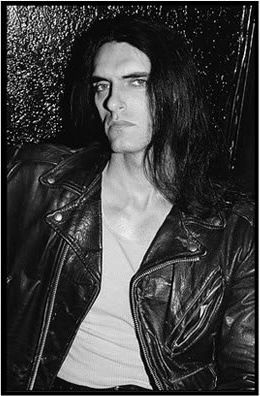 Pete, who had a towering presence, standing at 6’8 feet tall, began his music career by forming his first band Fallout in 1979. The band split in 1982 and Pete then formed the legendary Carnivore. After releasing two albums, the band broke up in 1987, but staged many reunions over the years up until Pete’s unexpected passing.

After Carnivore, Pete formed Type O Negative and things really took off. Pete who was the main songwriter and bassist for the band often wrote songs of a very personal nature that dealt with topics of love, loss and addiction.  Steele himself suffered from depression and admitted getting treatment for substance abuse as well as being bipolar.

Type O Negative’s popularity soared after the release of their second album Bloody Kisses. Pete was everywhere, making guest appearances on talk shows including Ricki Lake, Jerry Springer and The Howard Stern Show. He also appeared in an episode of the HBO original show OZ. However, his most popular appearance was his nude centerfold for Playgirl in 1995.

Pete had been sober for a few years up until his death and had been working on new music. His death was a shock to the metal world and it’s hard to believe that it’s been 8 years since his passing.

I met Pete back at the now defunct L’amour’s in Brooklyn, NYC in the late 90’s and he was such a nice guy. He didn’t have a rock star attitude, he didn’t have bodyguards surrounding him and he was very approachable and easy to talk to. Rest in Peace, Pete. Your music lives on forever!

Below is one of his last interviews before his passing: