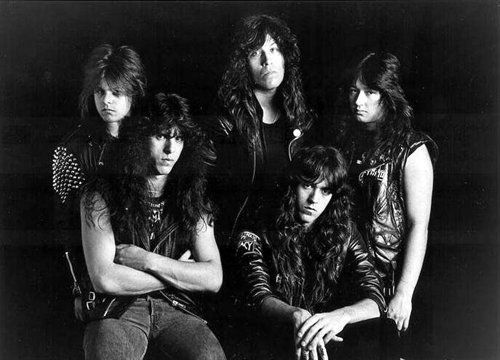 Happy Friday Metalheads! Today we take a trip back to 1988 to the second album by Testament called “The New Order.”

This album showcased Testament’s sound and brought them to the forefront of thrash metal. Produced by Alex Perialas, the album includes a cover of Aerosmith’s “Nobody’s Fault” and features Chuck Billy on vocals, Alex Skolnick and Eric Peterson guitars, Greg Christian on bass and Louie Clemente on drums.

The track listing for “The New Order” is as follows:

“Hypnosis” and “Musical Death (A Dirge)” are instrumental tracks and “Into the Pit” and “Nobody’s Fault” were released as singles and the band shot videos for the songs as well. “The Preacher” was also released as a single and guitarist Eric Peterson came up with the cover art concept.

CHECK OUT THE VIDEO FOR NOBODY’S FAULT BELOW